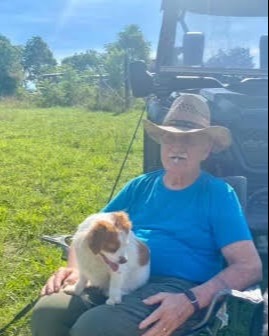 He was born in Metamora, Illinois on January 31, 1940 the son of Bruce V. and Martha (Gillett) McMeen. Gary had served over 21 years in the US Army, where he done several tours in Vietnam.  Gary along with Col. Sherrill Owens started the JROTC in McCreary County School System in 1979 where he also taught 12 years, and was a member the Bethel Baptist Church and the Oneida, Tennessee VFW.

Graveside services will be held November 18, 2022, Friday 1pm at the Richmond Estates with Bro. Mark Perry and Bro. Leamon Perkins officiating. The family will receive friends after 11am Friday at his home 305 Leamon Richmond Rd Pine Knot, Kentucky.

To order memorial trees or send flowers to the family in memory of 1SGT Gary Bruce McMeen, please visit our flower store.