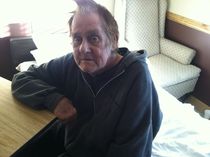 Albert Terry of Burnside, Kentucky departed this life at his home on October 14, 2014 being 72 years 6 months and 23 days old, Son of the late John Terry and Rhoda Taylor.

He was a logger and self employed, Albert was of the Baptist faith and enjoyed spending time with his family and friends.

Along with his parents he is preceded in death by his first wife Rosa Coffey, one great grand son, Jacob Cook, one sister; Florence Perkins, two brothers; Calvin and Ray Terry


To order memorial trees or send flowers to the family in memory of Albert Terry , please visit our flower store.