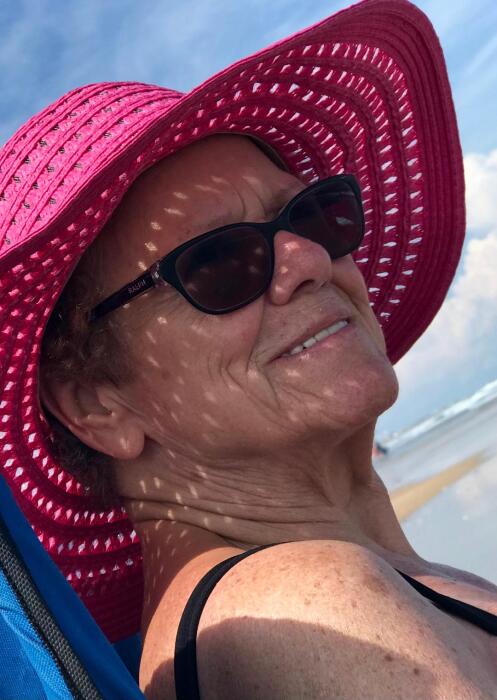 Mrs. Barbara Sue (Winchester/Fisher) Wingate, passed away peacefully near the beach on Thursday, March 25, 2021, surrounded by family.  She was born January 27, 1942, in Cooperative, KY to Maudie and Wilburn Winchester.  She had three sisters:  Patsy (Brock) Jones, Shirley (Brad) Waters, Brenda (Bill) Caudill and a brother, Sonny.    Barb enjoyed girl’s trips, Wendy’s Frosties and milkshakes.  She loved time near the water, whether it was the lake, beach or pool.  She took great pleasure in being with her family (especially her sisters) and friends from high school, Knoxville, Cincinnati, and Walkertown.  Barbara is preceded in death by parents, her brother, Sonny, her sister, Patsy, and three brothers-in-law.  Also by her daughter’s father, Rick Fisher, and by Jim Wingate who she will rest next to in eternal peace.

Family and Friends will meet Saturday, April 3, 2021, 10:30 A.M. at Walters Funeral Home for an 11:00 A.M. Funeral Service.  Interment to follow at Norris Memorial Gardens in Clinton, TN.  The family will receive friends Friday, April 2, 2021, from 5:00 to 7:00 P.M. at Walters Funeral Home Chapel.  In lieu of flowers please make a donation in Barb's name to St. Jude Children's Hospital, 501 St. Jude Pl, Memphis, TN  38105-9959.  Online condolences for Mrs. Wingate may be made at www.waltersfuneralhome.net.  Walters Funeral Home of LaFollette is honored to be serving the family of Mrs. Barbara Sue (Winchester/Fisher) Wingate.

To order memorial trees or send flowers to the family in memory of Barbara Sue Wingate, please visit our flower store.