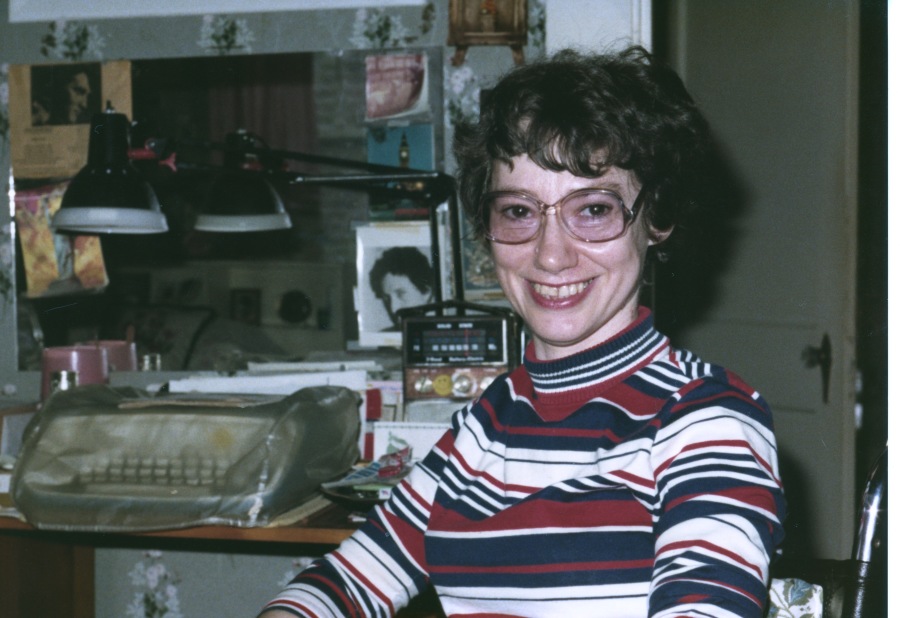 Betty Rose Tankersley, 87, of Williamsburg passed away Friday, October 9, 2020 at the Williamsburg Health and Rehabilitation Center, two days shy of her 88th birthday.

Betty was born October 11, 1932 in Parkers Lake, KY, but spent most of her life in Marshes Siding before moving to Williamsburg in 1981. Betty became a resident of the Williamsburg Health and Rehabilitation Center in 1995 where she received exceptional and compassionate care by the devoted staff until her death.  Many felt Betty was remarkable.  She never failed to say I Love You and Thank You to those who cared for her.

In her early years at the center, she was an active community member. Most notably for over a decade, she authored a column in the News Journal that explored the lives of her fellow residents. Additionally, she wrote two short stories and her memoirs, all accomplishments that took several years to complete since she was only able to type with her right index finger. Betty’s passions included writing, the Kentucky Wildcats, and being an Elvis Presley super fan.  Although Betty spent her entire life in a wheelchair, she had a cheery disposition and smile on her face at all times. She happily spent time with those who stopped in to visit, especially her longtime friends Larry Davis and Sharon Shelton. While she struggled her entire life with complications of her Cerebral Palsy, those that knew her saw that she didn’t let anything stand in between her and the life she wanted.

Betty is survived by her loving nieces, cousins, and many friends. She was preceded in death by her parents, Robert and Eva (Ballou) Tankersley; and siblings, James Matthew Tankersley, Alma Ruth (Tankersley) Faulkner, and Roscoe David Tankersley.

A private burial was held by the family in the Holloway Cemetery.

To order memorial trees or send flowers to the family in memory of Betty Rose Tankersley, please visit our flower store.