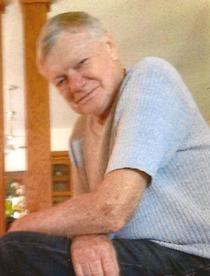 He was born February 17, 1941, in Whitley City, Kentucky, to the late Donald and Zelma (Foster) Ross.  He is preceded in death by his parents.

Surviving family include his wife Jean (Waters) Ross of Whitley City whom he married July 6, 1965, in Ringgold, Georgia,  a son Robert Don (and Lora A.) Ross of Union, KY daughters; Sandra Dene (and Lane) Godby of Crittenden, KY and Staci Nicole (and Jeremy) Singleton of Stearns, KY brother; Gerald R. Ross of Falmouth, Kentucky, two sisters; Janice Ball an Frances Ball of Whitley City.  He and Jean have five grandchildren; River Singleton, Tyler, Logan, Chase and Rylee Ross.
Bobby was a retired postal worker for the Cincinnati Annex and Airport post offices.  He was a member of the Whitley City Second Baptist Church and he attended Upper Hickory Grove Church.  He served his country in the U.S. Army and was a member of the Kinne Slaven Post 115 of the American Legion.  He enjoyed sports, outdoor work and outdoor living.  He liked to read and he loved children and being a foster parent.

To order memorial trees or send flowers to the family in memory of BOBBY D. ROSS, please visit our flower store.