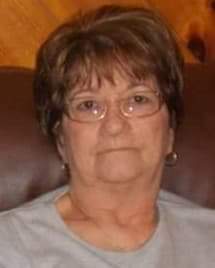 She was born in Lyons, Colorado on February 20, 1947 the daughter of John and Myrtle (Bierman) Warfield. Bonnie enjoyed Bingo and her grandchildren.

She is preceded in death by her parents; brother, Delmus Hall, Stanley Hall, and Jerry Warfield; and sisters, Alice Wainscott and Deloris Miller.

Memorial service will be held Saturday, February 2, 2019 at 2pm at the McCreary County Funeral Home with Bro. Josh Stephens officiating. The family will receive friends Saturday after 11am at the funeral home.

To order memorial trees or send flowers to the family in memory of Bonnie Kay Swanson, please visit our flower store.