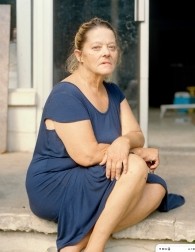 She was born in Germany on March 23, 1957 the daughter of Bradford and Thressa (Vanover) Perry.  She enjoyed sewing quilting, and cooking.

Her parents; husband, Arch Angel; and brother, Bradley Perry precede her in death.

Per the Governor’s request, private funeral services will be held with Bro. Johnny Perry officiating. Burial will be in the Angel Cemetery.

To order memorial trees or send flowers to the family in memory of Brenda Angel, please visit our flower store.