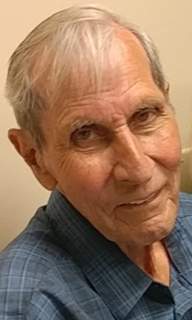 He was born in Ross Town, Kentucky on May 20, 1938 the son of Ned and Maude (King) Ross.  Burdell was a member of the Ross Grove United Baptist Church and the Orie S. Ware Masonic Lodge #874. He had worked for General Motors, Stearns Coal and Lumber Company, and a household mover.  His favorite hobbies was working on the farm riding the tractor and bush hogging, and spending time with his grandkids.

He is preceded in death by his parents and brothers, Osborne Ross, Conrad Ross, and Wilburn K. Ross.

Funeral services will be held Sunday, December 3, 2017 at 1pm in the McCreary County Funeral Home with Bro. Larry Watson officiating. Burial to follow in the Burdell Ross Family Cemetery.  The family will receive friends after 11am Sunday at the funeral home.

To order memorial trees or send flowers to the family in memory of Burdell Ross, please visit our flower store.