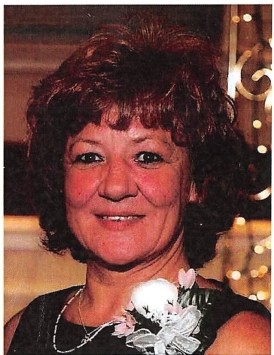 Carolyn was born July 19, 1961 in Indianapolis, Indiana, the daughter of the late Johnny Curtis and Nancy West.  Carolyn was employed with King Tire and she attended Winfield Baptist Church.

In her spare time she enjoyed painting, fishing, 4-wheeling, spending time with her grandchildren and family time.

Carolyn is survived by her husband: Ricky Crabtree, son: Gabriel King of Evansville, Kentucky, daughters: Chasity King of Oneida, and Christian King of Bristles, Tennessee.  Brother: Johnny Curtis King and Jimi Payne, half-sister: Jessica Chambers and Stepmother: Dorothy King of Oneida, Tennessee, and 10 Grandchildren.  Along with her parents, she is preceded in death by her brother Steve King.

Funeral services were conducted Wednesday, August 5th at 1:00 pm in the Chapel of the McCreary County Funeral Home with the Dan Ridener officiating.  Burial followed in the King Cemetery in Winfield, TN.

To order memorial trees or send flowers to the family in memory of Carolyn J. Gregory Crabtree, please visit our flower store.