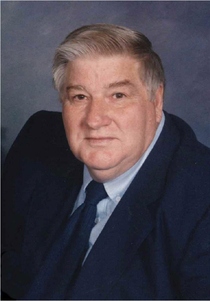 Mr. Perry, was a retired upkeep operator for Anchor Glass Manufacturing in Lawrenceburg, Indiana for some 34 years.  He was a loving family man and when he was able, he enjoyed fishing, hunting and boating on Laurel Lake.

Mr. Perry was born in McCreary County on November 14, 1938, to the late Earlie Virgil and Hattie (Watson) Perry.  Besides his parents, he is preceded in death by sisters; Nora Sumner, Linda Lou Vanover, Dora Perry and a brother Arlin Perry.

Funeral services will be held Wednesday November 26, 2014, at 12:00 noon in the chapel of the McCreary Co. Funeral Home.  Burial to follow at the Taylor Ridge Cemetery.  Visitation will be Tuesday from 6 – 9 p.m. at the funeral home.

To order memorial trees or send flowers to the family in memory of CLIFFORD GENE PERRY, please visit our flower store.