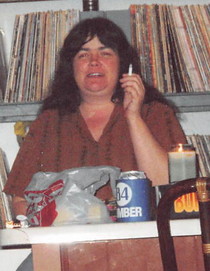 She was born in Ft. Hood, Texas on November 28, 1961 the daughter of Gary Bruce McMeen and the late Mildred Anita (Cline) McMeen.  She was a dog groomer and a member of the American Legion Post #115.

Her mother precedes her in death.

To order memorial trees or send flowers to the family in memory of DAPHNE "DEE" MEADOWS, please visit our flower store.