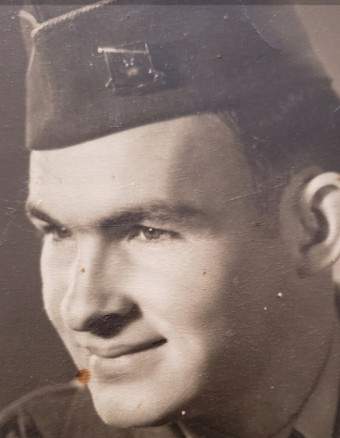 Darel Lee King, age 89 years, of Somerset, Kentucky formerly of McCreary County, passed away peacefully in his sleep Sunday, June 21, 2020 at the Cumberland Nursing and Rehab in Somerset.

He was born in Whitley City, Kentucky on September 18, 1930 the son of Jasper and Emma (Daugherty) King. Darel had served his country in the US Army for two years. He worked at Alcorn’s Furniture and Appliances until they went out of business, and then he went to work at Tecumseh in Somerset for man years, before retiring. Then he started his own business as a repairman working on stoves, refrigerators, washers, dryers, and other items until he was no longer able. He was a member of the Marsh Creek Baptist Church, and loved hunting, fishing, and spending time with his family.

Survivors include his brother, Walter King and wife, Betty of Muncie, Indiana; sister, Mary Jo Wright of Brunswick, Ohio; a very special nephew of whom he thought of as his very own son, Dallas King and wife, Kathy of Somerset; stepchild, Clay Lyons of Whitley City; step grandchildren, Dylan, Tyler, and Cody; and a host of nieces, nephews, and friends.

Funeral services will be held Wednesday, June 24, 2020 at 1pm in the McCreary County Funeral Home with Bro. Braxton King officiating. Burial will follow in the Silerville Cemetery. The family will receive friends after 11am Wednesday at the funeral home.

To order memorial trees or send flowers to the family in memory of Darel Lee King, please visit our flower store.