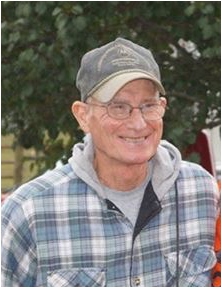 Born August 29, 1947, in Troy, Kentucky, he was the son of the late Ancil and Susie Matilda (King) McKinney.  Besides his parents, he is preceded in death by his wife Sharyan Lee (Kidd) McKinney a sister: Sandra Jean McKinney and a grandson, Dayton Plemons.

Dexter was a retired Kentucky State Police Detective and a member of the Lockett’s Chapel United Methodist Church and enjoyed mission trips.  He had served his country in the U.S. Navy during the Vietnam Conflict.  He was an avid Kentucky Basketball fan.  He like farming and horses.   He loved his family and spending time with his precious grandchildren.

Funeral services will be held Wednesday, January 3, 2018, at 2:00 p.m. at the Lockett’s Chapel United Methodist Church in Monticello.  Burial will be at the Dotson Cemetery.  Visitation will be Tuesday after 5:30 p.m. at the funeral home.

To order memorial trees or send flowers to the family in memory of DEXTER McKINNEY, please visit our flower store.