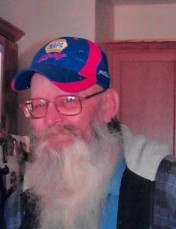 He was born in Cincinnati, Ohio, on February 17, 1942, to the late Paul Edward and Lalah (Godbey) Pond.  Besides his parents, he is preceded in death by two step sons: Steve and Lanny Taylor and a step daughter, Debbie Stigal.

Don was a general laborer, working odd jobs.  He loved reading, dancing, movies, walking, and gospel music.  He was a very social person with lots of friends he enjoyed hanging out with.  He loved people and never met a stranger.  He will be greatly missed by all.

Funeral services will be held Monday, September 25, 2017, at 2:00 p.m. in the chapel of McCreary County Funeral Home.  Burial will be at the Lower Cal Hill Cemetery in Pine Knot.  Visitation will be Monday from 12:00 noon until time for services at the funeral home.

To order memorial trees or send flowers to the family in memory of Donald "Don" Gene Pond, please visit our flower store.