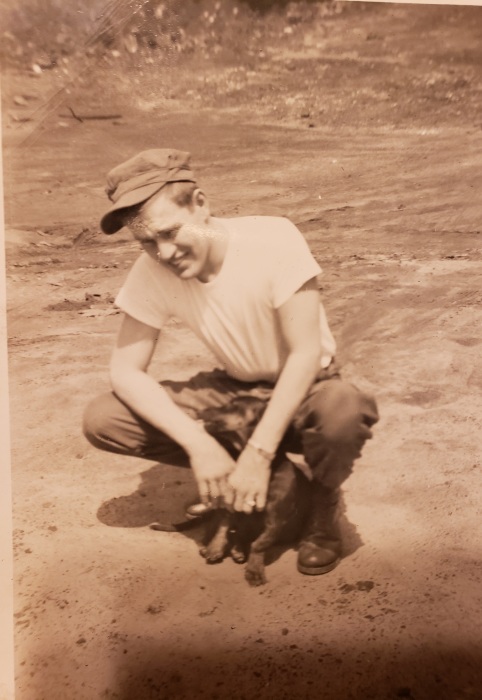 Donald was born on July 28, 1932 in Marion, Indiana to the late Francis Earl Koon and Francis Madelyn Milner Koon. He was a member of First Baptist Church of Whitley City, he retired from the US Army, where he was a combat construction engineer.  In addition to spending time with his wife, Evelyn, the love of his life for 70 years, he also enjoyed listening to music and playing the piano and organ. He loved children, elderly people, and any and all animals. Donald was an excellent marksman with a gun or bow and a member of VFW.

In addition to his parents, he is preceded in death by his children; Lawrence Edward Koon, Randy Koon, Mary Ann Koon and Melissa Koon.

He is survived by a large host of loving family, including: his wife; Evelyn Lucille Ledbetter Koon, his sons; Luther Earl Koon of Spring City, TN, James Roy Koon of Bethune, SC, his daughter, Donna Jo Koon Williams of Whitley City, KY and daughter-in-law; Pamela Kay Koon of Spring City, TN. Nine grandchildren, 26 great grandchildren with one on the way and 1 great-great grandchild with one on the way.

Funeral services will be conducted on Friday. April 9, 2021 at 12:00pm EST in the chapel of the McCreary County Funeral Home. Interment will follow the services and will be in the Angel Cemetery. The family will receive friends on Thursday, April 8, 2021 after 6:00pm EST at the funeral home.

McCreary County Funeral Home is entrusted with the arrangements

To order memorial trees or send flowers to the family in memory of Donald Leroy Koon, please visit our flower store.