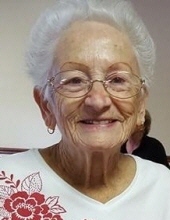 She was a sister of Marie Renfro of Cincinnati, and five brothers and two sisters who preceded her in death.  Also survived by numerous nieces, nephews, and friends.

Funeral services were held on Friday, March 6, 2020, at 12:00 noon at the New Hope Community Church in Cincinnati, Ohio.  Burial was at the Barren Fork Cemetery in Whitley City on Saturday, March 7 at 1:00 p.m.

To order memorial trees or send flowers to the family in memory of DOROTHY M JONES-DUNN, please visit our flower store.