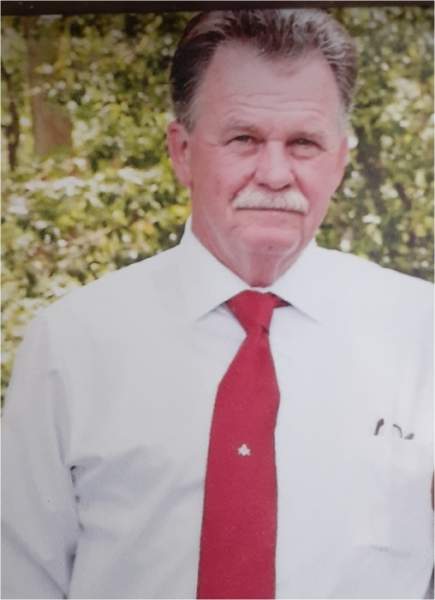 Douglas Wade Vanover, age 69, of Whitley City, Kentucky, departed this life on June 12, 2021 at his home.  He is the husband of Wanda Corder Vanover and the son of the late Alonzo and Anna Belle Abbott Vanover. In addition to his parents, he is preceded in death by his son, Justin Vanover, brothers, Richard, David and Gary Vanover, and an infant grandson, Keelyn Birchfield.  He is survived by his loving wife, Wanda Corder Vanover of 21 years, children, Shane Gibson, Jenny Ann Correll, Laura Jo Vanover, Shedara Gibson, and Tammie Emerson-Johnson, brothers, Greg Vanover and wife Sheila, and Mike Vanover, sisters, Sharon Adkins and husband Dwayne, and Sherry Terry, and 8 grand-children. Douglas was a member of Clearview United Baptist Church where he was a clerk for 16 years.  He was a Vietnam Army Veteran and a member of the Greenwood Masonic Lodge #903. Funeral services are Wednesday, June 16, 2021 at 2:00 PM in the chapel of the McCreary County Funeral Home, with visitation beginning at 12:00 PM until time for Masonic service beginning at 2:00 PM . Bro. Hobert Corder and Bro. Steven Jones officiating with Burial in the Higginbotham Cemetery with full Military Honors provided by American Legion Post #115, Stearns. McCreary County Funeral Home entrusted with the arrangements for Douglas Wade Vanover.
To order memorial trees or send flowers to the family in memory of Douglas Vanover, please visit our flower store.