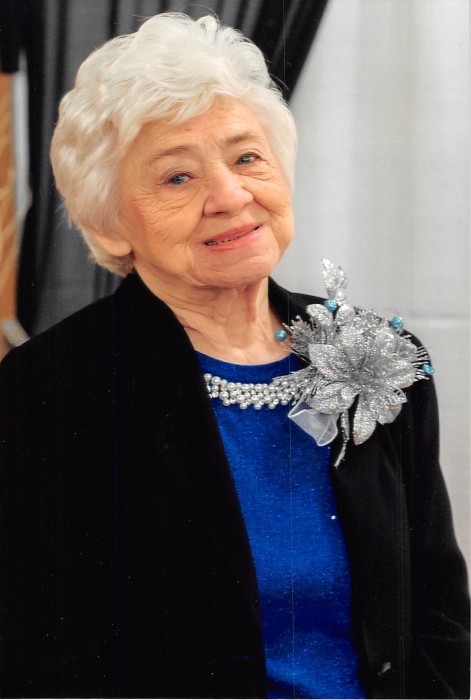 Dovie Ball departed from this life on April 4, 2015 at her home in Steams, Kentucky, being 85 years, 1 month, and 29 days old. She was born in Fidelity, Kentucky on February 6, 1930 to the late Marvin Glen Williams and Cora Elizabeth (Negler) Williams.

Dovie worked at the Shirt Factory as an Inspector for twenty-five years, she was a member of the Meadows Grove Baptist Church where she had served as the Secretary and Treasurer for fifty-four years. In the history of the church she held office longer than any member of the church. When she was able she enjoyed gardening, and traveling. She loved spending time with her family and friends and her special dog Buster.

Funeral Services will be conducted on Tuesday, April 7, 2015 at 1:00 PM in the Chapel of the McCreary County Funeral Home with Bro. James Wesley Barnett, Rev. Cecil Day, and Bro. Johnny Perry. Burial will follow in the Lower Cal Hill Cemetery. The family will receive friends on Monday, April 6, 2015 from 6:00-9:00 PM at the funeral home. McCreary County Funeral Home is entrusted with the arrangements of Mrs. Dovie Ball.

To order memorial trees or send flowers to the family in memory of Dovie Ball, please visit our flower store.