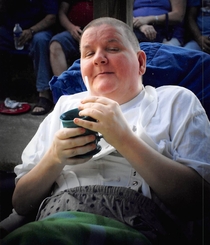 Mr. Strunk was born February 3, 1951, at Tunnel Ridge in Stearns, Kentucky.  He was the son of the late John Riley and Nannie Strunk.  Besides his parents, he is preceded in death by two brothers; Woodrow and Dewitt Strunk, a sister; Dora Strunk and two infant brothers; Troy and Estill Strunk.

Funeral services will be held Thursday, January 15, 2015, at 2:00 p.m. in the chapel of McCreary County Funeral Home with Bro. Larry Watson officiating.  He will be laid to rest at the Angel Cemetery in Stearns.  Visitation will be Wednesday evening from 6:00 – 9:00 p.m. at the funeral home.

To order memorial trees or send flowers to the family in memory of EUGENE STRUNK, please visit our flower store.