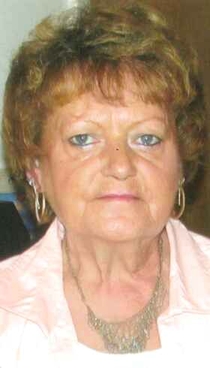 FAYRENE "FAYE" WILSON, 61, of Sidney, passed away at 10:48 PM on Sunday, September 25, 2016 at Miami Valley Hospital. She was born on October 11, 1954 in Scott County, Tennessee, the daughter of the late Manuel and Maxine (Wilson) Crabtree. She married Earl Wilson and he preceded her in death in 2003.

Faye is survived by her companion and friend, M.C. Day of Sidney, one son, Kenneth Longmire and wife Rena of Sidney, three grandsons; Jacob and Jonah Longmire and Sean Chitwood, one granddaughter: Heather Wilson, one brother, Michael Crabtree of Whitley City, Kentucky and many nieces and nephews. She was preceded in death by one sister, Nadean Lewis, three brothers; LeRoy, DeRoy and Junior Crabtree.

Mrs. Wilson was a homemaker with many, many talents. She enjoyed photography, camping and Bluegrass music. Most of all she loved spending time with her friends and family.

A Funeral Service will be held on Friday, September 30, 2016 at McCreary County Funeral Home 48 West Hwy 700 Whitley City, Kentucky 42653 at 2:00 PM. Burial will follow at Angel Cemetery in Stearns, Kentucky.Visitation will begin at 11:00 AM at the funeral  home.

To order memorial trees or send flowers to the family in memory of Fayrene Faye Wilson, please visit our flower store.