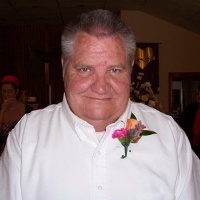 Mr. Roberts was born December 27, 1947 in Cincinnati, Ohio and was a United States Army veteran. He was former owner of Sears Carpet Cleaning and a retired Jefferson County Police Officer. Mr. Roberts was a member of the Okolona Lodge #853 F & AM and the Scottish Rite. He was also a member of the FOP Metropolitan Lodge #032 and Minors Lane Baptist Church.

Among those who preceded him in death are his parents, Theodore Roberts and Edna Waters Gibson; son, Wesley Roberts and siblings, Ruth, Mary, Bill and Jimmy Roberts.

He leaves to cherish his memory, his wife, Linda Roberts; sons, Timothy Roberts (Debbie) and Porter Morris “Moe” Roberts; grandchildren, James, Jayce and Brennen Roberts; sisters, Jewell Stephens and Wilma Jones and a host of other family and friends.

Funeral service will be held on Tuesday at 12:00 pm in the chapel of Schoppenhorst Underwood and Brooks Funeral Home (Preston Hwy. at Brooks Rd.) with burial in Brookland Cemetery. Friends may pay their respects on Monday from 1:00 pm until 8:00 pm and on Tuesday from 9:00 am until the time of service at the funeral home.

To order memorial trees or send flowers to the family in memory of Frank Kenneth Roberts, please visit our flower store.