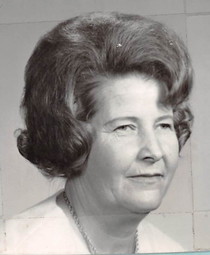 She was born in Marshes Siding, Kentucky on June 2, 1922 the daughter of the late Shelby Brown and Lorena (Sperlin) Heath.  She was a homemaker and had worked at Oak Ridge during World War II.  She was a member of the Laurel Heights #288 OES.

To order memorial trees or send flowers to the family in memory of GENEVA L. KING, please visit our flower store.