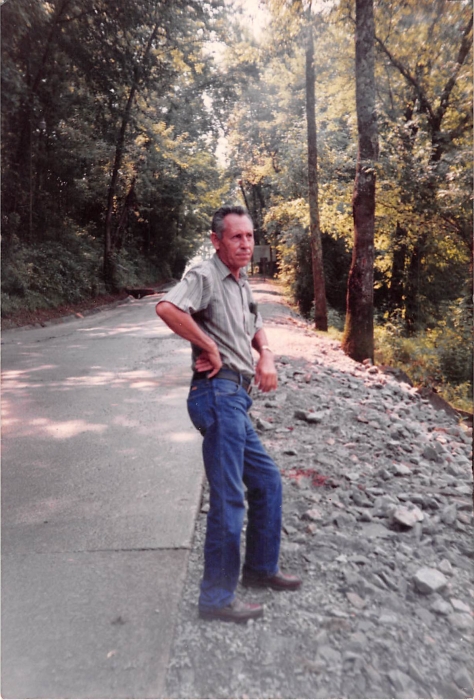 Mr. George Jones, Sr., passed away Saturday, March 7, 2015, at his home on Sandhill Road in Whitley City, Kentucky having attained the age of 80 years one month and 21 days.

Born in Knox County, Kentucky, he was the son of the late Gentry and Nora (Burton) Jones and the grandson of Green and Louisa (Smith) Jones and George and Eliza Burton.  He is also preceded in death by his wife; Anna Lee (Bryant) Jones,  half brothers and sisters; Calvin Jones, Sam Jones, Luster Jones, Vernia Jones, Green Tom Jones, Cecil Smith, Clara Warren and William Jason Jones.

George served in the United States Army where he was a cook.  After the service he moved to Ohio and got a job as a grill cook.  He came back to Barbourville and began cooking for the D & W Cafeteria.  In 1978 he started working in Somerset at Tecumseh Products and worked for approximately 22 years until they closed.  He loved his animals and gardening.  It was said that he had the best garden on Sandhill Road.

Funeral services will be held Wednesday, March 11, 2015, at 2:00 p.m. in the chapel of McCreary County Funeral Home.  Burial will be at the Higginbotham Cemetery.  Visitation will be Tuesday evening from 6:00 – 9:00 at the funeral home.

To order memorial trees or send flowers to the family in memory of GEORGE JONES, please visit our flower store.