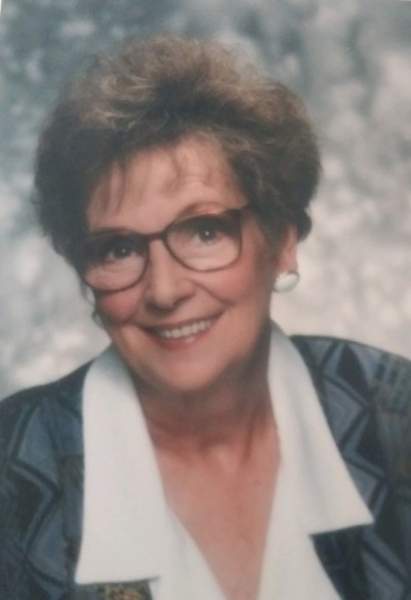 Glenna was born August 15, 1930 in Whitley City, Kentucky. She was one of twelve children born to Ledford and Pearl (Murphy) Loudermilk. She grew up in Whitley City and later moved to Dayton, Ohio and married James Goggins. They were later divorced. She married Merlin Smith on December 9, 1966 and they remained married for 40 years. During this time they lived in American Fork, Utah and later in Layton, Utah. In her later years, she moved back to her home in Kentucky where she and Merlin lived in Somerset, Kentucky.

Glenna loved her garden, flowers, cooking, quilting, and animals. She was a devoted wife, mother, grandmother, and great-grandmother.

She was an active member of the Church of Jesus Christ of Latter-Day Saints where she held many callings throughout her life.

She is preceded in death by her parents, and all but 2 remaining siblings, husbands, Merlin Smith and Dale Jones.  Survivors include: daughters, Sherry Jackson (Jim), of Layton, Utah, Carla Maloney (Bob) of Dayton, Ohio, and Lisa Vandermeer (Craig) of Delco, Idaho, in addition to 5 other step children; brother, James Loudermilk (Kilafay); and sister, Nora Dean Trammell. She also leaves numerous grandchildren and great grandchildren who will sadly miss her.

Glenna’s legacy to her family will be her example of hard work and compassion and her many stories of her childhood and life’s lessons. She will be sadly missed.

Funeral services will be held Saturday, September 14, 2019 at 11am in the McCreary County Funeral Home. Burial to follow in the Taylor Ridge Cemetery. The family will receive friends after 10am Saturday at the funeral home.

To order memorial trees or send flowers to the family in memory of Glenna Christine Smith-Jones, please visit our flower store.