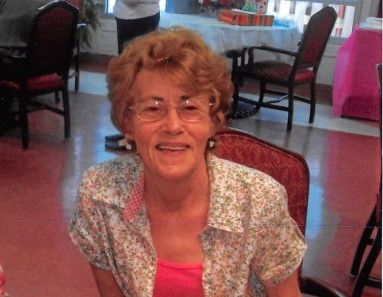 Born in McCreary County, Kentucky, she was the daughter of the late Sylvester and Goldie (Gregory) Shook.  Besides her parents, she is preceded in death by a sister Shelby Jean King.

On January 21, 1967, Hazel was united in marriage to Jesse Troxell and they had five children; Eddie (and Lisa) Troxell of Bronston, Kentucky, April (and Steven) West of Franklin, Tennessee, Nickie (and Brian) Fugate of Whitley City, Sue (and Greg) Bills of Whitley City, and Roger (and Sharon) Troxell of Franklin, Tennessee.  They were blessed with 12 grandchildren and six great grandchildren with one on the way.

Hazel was a homemaker and member of the Pleasant Ridge Baptist Church.  She enjoyed gardening, growing flowers and watching birds.  She loved spending time with her grandchildren and keeping a clean house for her family.

To order memorial trees or send flowers to the family in memory of HAZEL TROXELL, please visit our flower store.