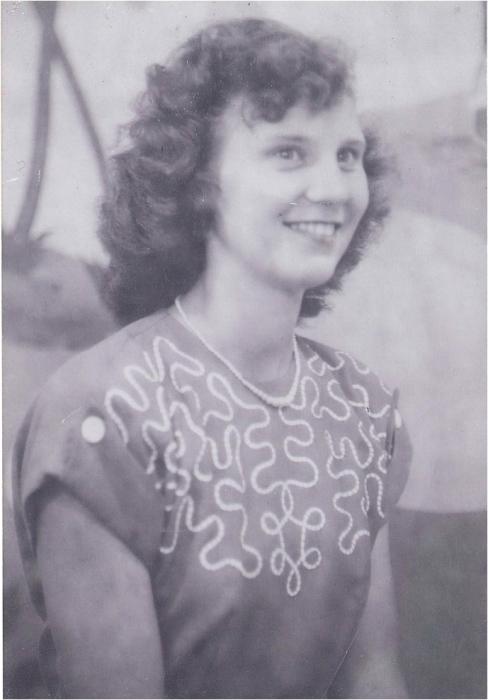 Hazel had been a cook for the McCreary County Schools and had worked as a clerk at Conatser’s Store in Whitley City.  She was a member of the Cherokee United Baptist Church.  When she was able, she enjoyed gardening and cooking for her family.

She was born in Wayne County, Kentucky, on October 31, 1931, the daughter of the late Silas and Susie (Anderson) Thompson.  Besides her parents, she is preceded in death by a brother David Lee Thompson.

Her husband of 65 years, Ronzo Worley, considered her to be the most wonderful wife anyone could have.  They made their home in Stearns and together they had three children: a daughter, Jeannie Taylor (Coy) of Strunk, two sons: Darrell Worley of Stearns and Ricky Allen Worley (Lisa) of Harlan, Kentucky, two grandchildren: Lisa Dawn Worley and Heather Brandy Greer and three great grandchildren: Hunter, Jack and Tristin.

She had two sisters: Imogene Groshiem of Cincinnati, Ohio and Ella Mae Martin of Marion, Indiana.  She had a special friend, Trish Gregory who was with her when she went home to glory, and all the nurses and CNA's at the nursing home whom she considered her children.

Funeral services Friday, July 10, 2015, at 2:00 p.m. in the chapel of McCreary County Funeral Home with Larry Coffey and Harman Taylor officiating.  Special music by Israel Clark.  Visitation;  Friday from 1:00 p.m. until time for services.  Interment at the Mt. View Cemetery.

To order memorial trees or send flowers to the family in memory of HAZEL WORLEY, please visit our flower store.