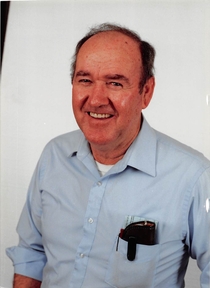 Mr. Holland “Hol” Vanover departed this life on December 2, 2014 at Continued Care Hospital in Corbin, Kentucky, being 85 years, 4 months, 24 days old. He was born in McCreary County, Kentucky on July 8, 1929 son of the late Robert and Eldora (Stephens) Vanover.

He was a member of the Indian Creek Baptist Church, he enjoyed coon hunting, flea marketing, bluegrass music, country music, dancing, spending time with family and friends. He was a deputy Sheriff and Constable in McCreary County, Kentucky, a bus driver, and a logger.

To order memorial trees or send flowers to the family in memory of Holland Vanover , please visit our flower store.