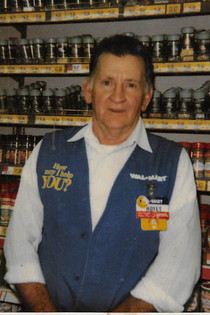 He was born in Nevelsville, Kentucky on March 1, 1939 the son of the late Pal and Dovie (Taylor) Staley.  He had worked in shipping for General Motors and Walmart, an assistant manager for Save A Lot, and a farmer; member of the Sandhill United Baptist Church, Greenwood Masonic Lodge #903, Laurel Heights Order of the Eastern Star Chapter #288; and had served in the US Army.

To order memorial trees or send flowers to the family in memory of HOYET STALEY, please visit our flower store.