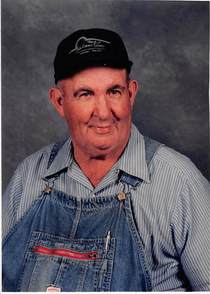 He was born in McCreary County, Kentucky on August 25, 1926 the son of the late Everett Vanover and Laurie (Bolton) Vanover. He was a logger and was a member of the Pleasant Knob Baptist Church.

To order memorial trees or send flowers to the family in memory of HUBERT ULISS VANOVER, please visit our flower store.