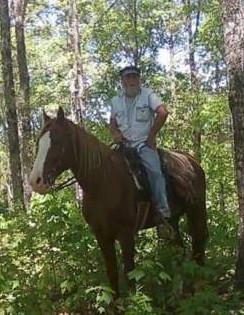 He was born in Flat Rock, Kentucky on March 21, 1961 the son of Dow and Alpha (Perry) Ridner. JohnBill had worked the saw mill as a sawyer and enjoyed all of life.

Funeral services will be held 1pm Saturday, December 7, 2019 at the McCreary County Funeral Home with Bro. Ben Jones officiating. Burial to follow in the Old Pigeon Cemetery. The family will receive friends after 6pm Friday, December 6, 2019 at the funeral home.

To order memorial trees or send flowers to the family in memory of Hurstle "JohnBill" R. Ridner, please visit our flower store.