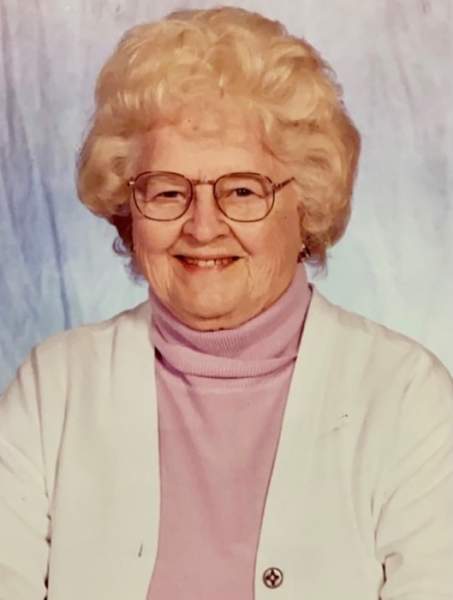 Irene Adkins Cassada age 97 passed away at her home in Deer Park, OH., on April 24th. 2021. Irene was born in Winfield TN on June 2, 1923 to the late Sadie (Braden) and Harvey Adkins. She came to Cincinnati in 1941 and began working as a waitress and soon went to work in a factory for the war effort. Irene met her husband the late Jim Cassada in Washington Park and they were married in Whitley City KY on April 3rd. 1945. They were the parents of three children: Carol and Donnis Singleton, the late Sherry Gragg, and Daryl and Sheila Cassada all of Cincinnati. 6 grandchildren, 2 step grandchildren, 11 great-grandchildren, 7 step great-grandchildren, and 1 great-great-grandchild. Irene is survived by a brother Morris and Ann Adkins of Winfield, TN, 2 sister-in-laws Jackie Adkins of CO and Janet Cassada of Sidney, OH. She has the following deceased brothers, Franklin Adkins, Floyd & Irene Adkins, Rueben & Maxine Adkins, and Sterling Adkins. The following sister-in-law and brothers-in-law are deceased; Beulah and Oscar Worley, Hubert Cassada, Ernie Cassada, Clarence and Clara Cassada, and Tommy and Hettie (Cowan) Cassada.
Irene retired from Whiting Manufacturing and had previously worked at Bendex Corp. for many years. Jim and Irene loved to travel and had visited 45 states. She continued traveling until Covid 19 restrictions. She enjoyed time with her family and friends and her home was a favorite weekend and holiday destination for great food. Irene was a long-time member of the Bethel Baptist Temple.

Visitation will be Wednesday April 28th at 5:00 pm with funeral following at 6:00 pm with Pastor Larry Cornett presiding at Staley Funeral Home 7140 Plainfield Rd Deer Park, OH 45236. Graveside services will be on Saturday May 1, 2021 at 1:00 pm at Worley Family Cemetery at Marshes Siding, KY in McCreary County. Guest book at www.staleyfuneralhome.com

To order memorial trees or send flowers to the family in memory of Irene Cassada, please visit our flower store.