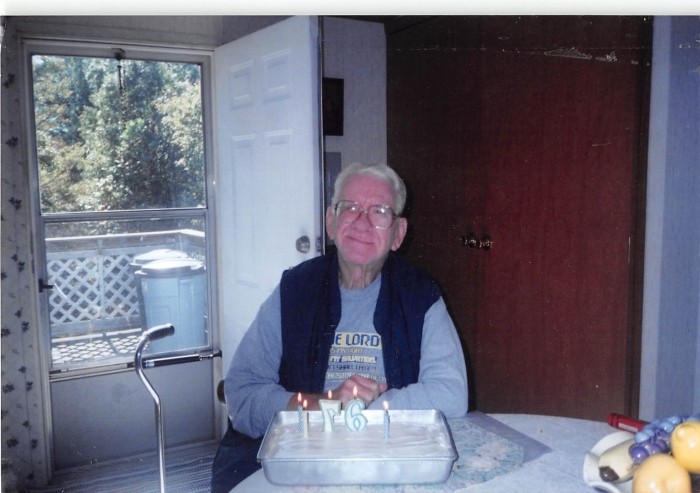 James Herman Elkins, age 82, of Whitley City, Kentucky, husband of Reba Barnett Elkins, son of the late Michael Herman and Shirley Sauls Elkins, passed away Monday, October 23, 2017.  He was born September 27, 1935 in Lyburn, West Virginia.  John was of the Baptist faith and attended First Baptist of Whitley City.  He worked as a butcher for Kroger Grocery.  In addition to his parents, he was preceded in death by his sons:  James H. Elkins Jr., and Stanley Elkins, and Brother: Denver Elkins.  In addition to his wife he is survived by his brother: Michael H. Elkins of Pastaskla, Ohio and sisters: Magdeline and Odell Stone of Ashland, KY, Pauline Spencer of Pastaskla, Ohio and Christine and Pete Morrison of Letart, West Virginia and two granddaughers: Brooklyn Elkins, Columbus, Ohio and Darcy Jane Elkins, Akron, Ohio.  He enjoyed fishing, hunting, and watching West Virginia football.  Funeral services will be conducted by Bro. Eddie Miller on Friday at 2:00 pm in the Chapel of McCreary County Funeral Home, with visitation beginning at 12:00 pm. until service time.  Burial will be in the Higginbotham Cemetery.   McCreary County funeral home entrusted with the arrangements for James Elkins.

To order memorial trees or send flowers to the family in memory of James Herman Elkins, please visit our flower store.