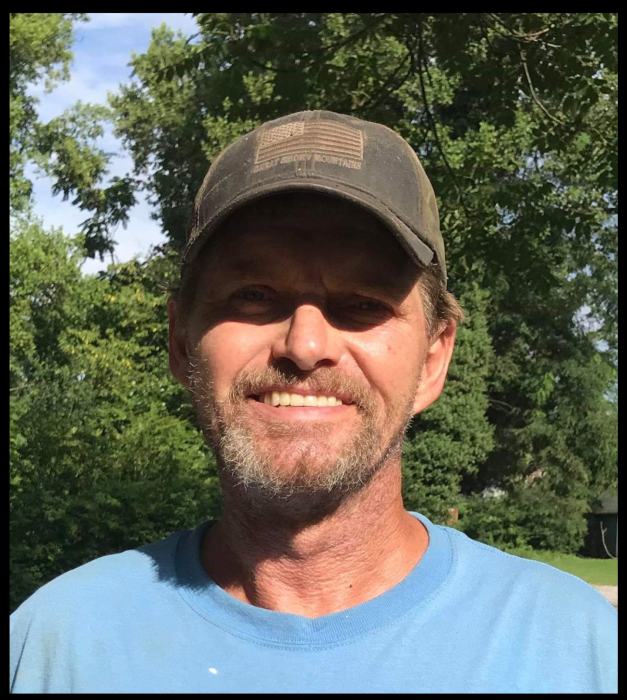 Jesse Leon Sims, age 55 years, of Revelo, Kentucky entered into his heavenly home on Wednesday, June 30, 2021. He was born in Atlanta, Georgia on October 8, 1965 to the late Pearlie Mae Vaughn and Jim Sims. In addition to his parents he was preceded in death by his sister, Gena Tapley. Jesse is survived by his wife of 32 years, Eve; brother, Nolan Johnson and wife, Sondra; son, Garrett and daughter in law, Amanda; son, Dustin and daughter in law, Tiffany; daughter, Jonie and son in law, Alex; grandchildren, who were the light of his life; Skylar (Parker), Daniel, Nevaeh, Olivia, Zachery, Bentley, Caleb, Brooklyn, Colton, Amara, Logan, and Michal; close friends who were like family, Donnie Daugherty, Andy Walker, and the Wilson Family. He also leaves behind many other relatives and friends who he loved dearly, including his children’s friends who he claimed as sons and daughters. Jesse was a kind, compassionate man, who never met a stranger. He would help anyone in need. He lit up any room he entered with his big smile and one of a kind laugh.  He was a true joy to be around. Jesse will be greatly missed by everyone who knew him. Funeral services will be held 2pm Saturday, July 3, 2021 at the McCreary County Funeral Home with Bro. Tommy Tapley officiating. Burial will follow in the Angel Cemetery. The family will receive friends after 12pm Saturday at the Funeral Home. McCreary County Funeral Home entrusted with the arrangements.
To order memorial trees or send flowers to the family in memory of Jesse Sims, please visit our flower store.