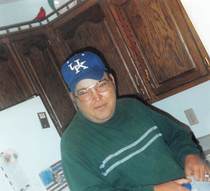 He was born in Oneida, Tennessee on July 11, 1951 the son of the late Andrew and Bonnie (Clark) Watson.  He had worked for Shaw Carpet and was a member of the White Oak Junction Baptist Church.

To order memorial trees or send flowers to the family in memory of LARRY JACK WATSON, please visit our flower store.