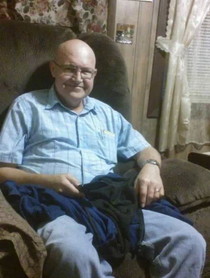 He was born In Oneida, Tennessee on April 2, 1954 the son of the late Robert and Dessie (Clark) Whitehead.  He was a mechanic; Pastor of the Pine Knot Freewill Baptist Church; He was a Freewill Baptist Minister ordained in February 1977.  He devoted his time to his family and spent his life in service for the Lord.

His parents; and sister, Magdeline Whitehead precede him in death.

To order memorial trees or send flowers to the family in memory of LARRY J. WHITEHEAD, please visit our flower store.