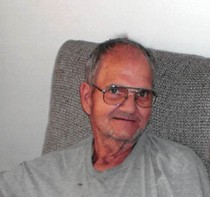 Lebert Ledbetter, age 66, passed away Wednesday, November 19, 2014, at his home in Robbins, Tennessee.
He was a carpenter by trade and could make anything.  He had a workshop where he made furniture and he liked to build dune buggies.  He loved his garden and being outdoors, but he especially loved his garden.
Lebert was born in Jellico, Tennessee on December 31, 1947, to the late Luther and Gertie (Frady) Ledbetter.  Besides his parents, he is preceded in death by a sister Grace Watters and her husband Lawrence.
Surviving family include a daughter Judy Free of Oneida, Tennessee, two grandchildren; Reagan and Weiland Free, four brothers and sisters; Evelyn (and Don) Koon of Whitley City, Tommy Ledbetter of Stearns, Joanne (and James) Miller of Hamilton, Ohio, and Mack (and Juanita) Ledbetter of Raeford, North Carolina.  He also leaves behind numerous nieces, nephews and friends who will never forget him.
Funeral services will be held Saturday, November 22, 2014, in the chapel of McCreary County Funeral Home with Lucas Watters officiating.  Burial will be at the Angel Cemetery in Stearns.  Visitation will be Friday from 6:00p.m. â€“ 9:00 p.m. at the funeral home.

To order memorial trees or send flowers to the family in memory of Lebert Ledbetter , please visit our flower store.