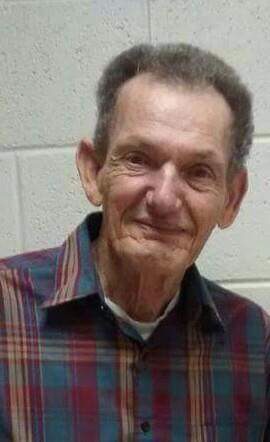 Lonnie Meadows, age 78, of the Sand Hill Community of Whitley City, Kentucky, passed from this life on Tuesday, October 27, 2015, at his home.

Lonnie was born on May 14, 1937, at White Oak Junction, Kentucky, to the late Tea and Lona (Slaven) Meadows.  Besides his parents, he is preceded in death by his step-mother Luiney Meadows, two brothers: Edward Meadows and Tea Junior Meadows, three sisters: Eileen Hamlin, Joyce Massengale, Wilma Hodge and an infant sister.

Lonnie had been a mechanic having worked for Porter Waters for years.  He was a member of the Taylor Ridge United Baptist Church and enjoyed going to church and serving the Lord.  He also enjoyed hunting, fishing, gardening and spending time with family and friends.

The family extends a special thanks to all those that have helped during his illness.

Visitation: Thursday from 6 – 9 p.m. at the funeral home.

To order memorial trees or send flowers to the family in memory of LONNIE MEADOWS, please visit our flower store.