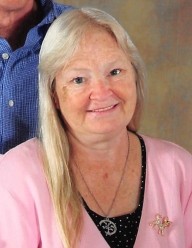 She was born in Ohio on February 26, 1962 the daughter of Perry Dawson and Gloria Jean (King) Whitehead. Penny was a member of the Stearns First Baptist Church but had been attending the Hilltop Baptist Church. She loved talking, spending time with her grandchildren, sitting on the porch swing drinking coffee, watching Wheel of Fortune and The Price is Right.

Funeral services will be held Monday, August 26, 2019 at 8 in the McCreary County Funeral Home. The family will receive friends after 6pm Monday at the Funeral Home. Burial will be in the Stearns Cemetery on Tuesday, August 27, 2019 at 11am.

Donations can be made to the Penny Louise Dawson Memorial Fund at the McCreary County Funeral Home.

To order memorial trees or send flowers to the family in memory of Penny Louise Dawson, please visit our flower store.