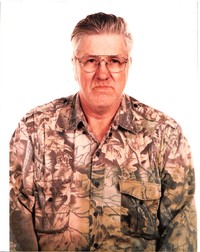 He was born May 5, 1938 in Sandhill Community to Curtis and Leona (Canada) Perry.  Ralph was a member of the Sandhill United Baptist Church.  Ralph enjoyed hunting, fishing, and being with his family.

To order memorial trees or send flowers to the family in memory of RALPH PERRY, please visit our flower store.