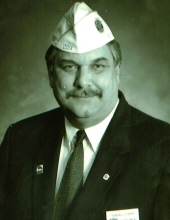 Randall Allen Fisher, 68, husband of Marian Fisher, died Thursday February 4, 2021 at the VA Medical Center, Lexington, KY.
He was born in Bourbon County, KY to the late Robert and Wilma Adams Fisher. Randy proudly served his country in the United States Air Force, was a member of the Kentucky Veteran Hall of Fame, a service officer of American Legion Post 257 and past National Vice Commander of the American Legion. He was also in the running to the National Commander of the American Legion for 2022, he helped many veterans with claims and was a retired nurse at the VA Hospital.
In addition to his wife he is also survived by two daughters, Kimberly Fisher and Tamara Fisher; one son, Todd (BJ) Bussell; four grandchildren, Jessica (Daniel) Rice, Hannah Bussell, Jaycie Bussell and Lillie Fisher; three sisters, Shirley Pergram, Bobby Jean Fisher and Mary Edna Fisher and several nieces, nephews and cousins.
In addition to his parents, he was also preceded in death by a step father, Raymond Adams and one sister, Tina Kenney.
Funeral services will be conducted at 10:00 AM Wednesday February 10, 2021 at the River of Life Ministries, 616 Clintonville Rd., Paris, KY by Pastor Krista Hampton. Visitation will be from 5-8 PM Tuesday at the church.
Burial will be in the Camp Nelson National Cemetery, Nicholasville, KY.
Pallbearers will be James Kenney, Justin Kenney, Todd Bussell, Daniel Rice, John Costigan and Bill Moore.

To order memorial trees or send flowers to the family in memory of Randall Allen Fisher, please visit our flower store.