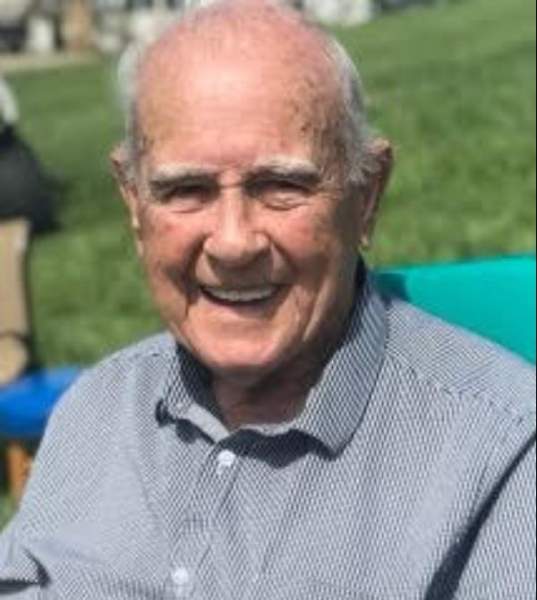 Robert was born May 24th, 1931 in Bear Wallow, Kentucky to Leslie and Maudie Gilreath. Robert married Mable Jarvis on December 19th, 1956, in Lawrenceburg, Indiana. Together they were blessed with the lights of Robert’s life, his four daughters, Jeanie, Betty, Sherri, and Debbie.

He joined the Army in 1952, and became a Corporal before being honorably discharged in 1960. He was awarded a Purple Heart for his service. Saved by God in 1959, Robert was a member of the Mountain Assembly Church of God for 60 years. He lived his life in service of the Lord and pastored at Revelo Church of God for some 40 years.

In addition to preaching, he worked as a carpenter and contractor. Robert enjoyed spending time with friends and family, spreading his joy through jokes, stories from the past, and witnessing the love of God. He touched the lives of all who knew him with his unwavering faith, joy of life, and contagious sense of humor.

He was preceded in death by his daughter, Sharon Kay, and his siblings, Annalou Gilreath, Myrtle Holloway, Ernie Gilreath, Herman Gilreath, and Wanda Bryson.

Robert will be remembered as a beacon of light in the church and communities he served. The family will greet friends from 12:00 noon until funeral service time at 2:00 p.m. on Monday, November 1, 2021, at the Revelo Church of God in Revelo, Kentucky. Rev. Jay Walden will be officiating. Burial will be at be King Cemetery on Pig Skin Road in Revelo.
--

To order memorial trees or send flowers to the family in memory of REV. ROBERT GRANVILLE GILREATH, please visit our flower store.