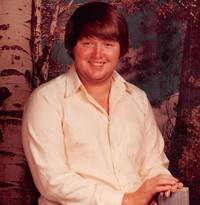 He was born in Hamilton County, Ohio on August 12, 1964 the son of Mossie Bryant Strunk and the late John Strunk, Jr..  He had worked for ABC Factory as custodian; was a member of New Liberty United Baptist Church.

His father, John Strunk, Jr.  and half-sister Pat, precede him in death.

To order memorial trees or send flowers to the family in memory of ROGER LEE BRYANT, please visit our flower store.