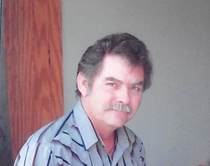 Ronald Tucker, of Whitley City, Kentucky, departed this life at the Lake Cumberland Regional Hospital on September 22, 2014 being 62 years, 8 months, and 7 days old. He was born in Parkers Lake, Kentucky on January 15, 1952 son of the late Noah and Ruby (Hill) Tucker.

Funeral Services will be conducted Thursday, September 25, 2014 at the McCreary County Funeral Home at 4:00 PM with Bro. Doug Sexton Officiating, with burial to follow in the Stunk-Yancey Cemetery.
To order memorial trees or send flowers to the family in memory of Ronald Tucker , please visit our flower store.