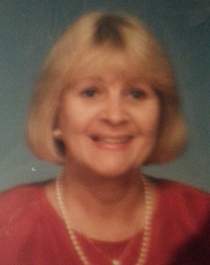 Ruby West Litton, precious and beloved Mother, Grandmother and great grandmother, sister and friend passed from this earth into Godâ€™s arms on January 3, 2014. Ruby was born on November 19, 1932 in Strunk, Ky. and she passed away at her daughter, Valerieâ€™s home, in Iola, Texas. Ruby was the daughter of the late Nellie and Oscar West of Strunk, Ky. She grew up in Strunk and she attended Pine Knot High School. She met Charles Litton in high school and married him and they moved to Louisville, while he was attending medical school at the University of Louisville. Ruby worked as a cashier at the local A & P store and she also became a mother during her time in Louisville. Ruby had a total of five children: Pamela, Gregory, Kimberley, Valerie and Janet. All the children were born in Ky., except Janet, who was born in Kansas, during one of Charlesâ€™s medical residencies. After Kansas, the family moved to Salt Lake City, Utah, while Charles completed his residency in anesthesia. After Salt Lake City the family moved to Galveston, Texas, where Ruby lived for the next 52 years. During her time in Galveston she was involved with the childrenâ€™s schools at Oâ€™Connell Jr. and Sr. High school. She became a very active member of the Junior League of Galveston County and was involved with many charitable activities during her time with the Junior League. Ruby also became deeply involved and was passionate about the causes of the Republican party of Galveston and Texas and honorably served as a Republican precint judge for many years. During her time with the Republican party she attended President Nixonâ€™s inauguration in Washington D.C. and she had the honor of hosting Senator (later to be) President H. W. Walker Bush at her home in Galveston and later had the honor of meeting and having lunch with Govenor (and soon to be) President George Bush during a visit to Austin, Tx.

Ruby had the great joy of being able to travel and during her lifetime, she went to Europe, New Zealand, Australia and the Carribeans. She enjoyed traveling to various parts of the world with her husband and two best friends, Vivian and Dr. Charles Fougerousse and Pearl and Dr. John McKenna. Ruby and Pearl were the "gem"s and they called Vivian "precious". Now all the precious gems are in Heaven with God. She was a life long sports fan, being from basketball and baseball country in Ky., but she taught herself how to score tennis, and enjoyed the major championships all of her life. She grew to enjoy football and was a huge fan of the Houston Oilers and Dallas Cowboys. Her Houston Astros in the 90â€™s and 2000â€™s brought her much joy, and she and her sister Betty would call each other, as Ruby watched the Astros and Betty the Atlanta Braves. Ruby loved Jeff Bagwell and Craig Biggio and they brought her much joy and happiness watching them play. Ruby was the USAâ€™s biggest fan and loved the Olympic games. She had the pleasure of attending the 1996 Olympic Games in Atlanta, Ga. with Kimberley and Valerie and her sisterâ€™s Betty and Ruth. In 2000, Ruby traveled to Sydney, Australia with Kimberley and Betty and Ruth, where they had the time of their life. Ruby was devoted to her dear son, Gregory, and when he became ill in the late 1980's she cared for him lovingly until he passed away in 1991. In 1992 and 1993, Ruby went to the American Association of Critical Care Nurses (AACN) annual conference, the National Teaching Institute (NTI), in New Orleans, La. and Anaheim, Ca., respectively, and spoke with her two daughters, Kimberley and Valerie. Her words were powerful, she was "just a mother", but her wisdom gave her a PHD in life. She received a standing ovation at the end of her presentation by the nurses at the program. In her life, Ruby was a tour de force and her greatest joy was been involved in the community and as life progressed, a mother, wife and grand-great grand mother .She loved and protected her children, and loved them to the Nth degree and for that her children will be eternally grateful.She was proud of her children and grand children and always wanted the very best for them. Later in her life, her biggest fan and one of the loves of her life was her great grandson Jensen. When diagnosed with lung cancer, which would ultimately take his life, Jensen would be with her and they comforted each other and he loved his Gran-nan unconditionally.

Ruby was preceded in death by her beloved son, Gregory Charles Litton of Galveston, Tx., her parents, Nellie and Oscar West, of Strunk, Ky. and her sister Betty (John) West Porter, of Destin, Fla. She is survived by many loved family members, including her four daughters, Pamela K. Litton-Andrade (Ronald), Port Angeles, Wa., Kimberley A. Litton, (K. Ritzert) Cranberry TWP., Pa, Valerie J. Litton (B. Pitts), Iola, Tx., and Janet L. Welch (Paul), Glen Allen, Va. Her grandchildren, Kristin T. Weaver (Justin) of College Station, Tx., Joshua W. Andrade (Marin), of College Station, Tx. and Madeline Welch and Thomas Welch of Glen Allen, Va. Her great grand-sons, Jensen Weaver and Kallen Weaver, of College Station, Tx. She is also survived by three sisters and two brothers, whom she loved dearly: Ruth Kidd, of Salem, Ala., Wilda Stanley, of Pine Knot, Ky, Shirley Braden, of Winfield, Tn., (Oscar), known as Junior (Joyce) West of Cincinatti, Oh and Jack (Faye) West of Cincinatti, Oh. She loved her sisters and brothers dearly and in her last days was able to speak to them and tell them each that she loved them. She is also survived by her ex-husband, Dr. Charles Litton, Pflugerville, Tx. She is also survived by many loved and special nieces, nephews and dear friends. Ruby made a difference in this life and will be remembered lovingly and fondly by all who knew her.

To order memorial trees or send flowers to the family in memory of RUBY LITTON, please visit our flower store.