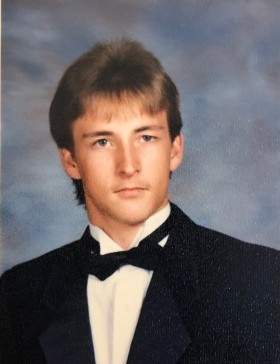 Stanley was born on April 20, 1969 in Somerset, Kentucky to Julie Bell (Jones) Tucker and the late Walter J. Tucker. He was a self employed carpenter and loved riding around listening to the radio, specifically Christian music. He also loved kids, his pets, watching western movies, and he could commonly be found aggravating people. Just a few days before his death, Stanley accepted Jesus Christ as his Savior and will live eternal life in Heaven where he awaits his loving family.

Stanley is preceded in death by: his father; one brother, Tommy Dean Tucker; and one brother-in-law, Ronald Lay.

Funeral services will be conducted on Friday. March 26, 2021 at 1:00pm EST in the chapel of the McCreary County Funeral Home with Bro. Danny Staley officiating. Interment will follow the services and will be in the Carter Cemetery. The family will receive friends on Thursday, March 25, 2021 after 6:00pm EST at the funeral home.

McCreary County Funeral Home is entrusted with the arrangements

To order memorial trees or send flowers to the family in memory of Stanley Dale Tucker, please visit our flower store.