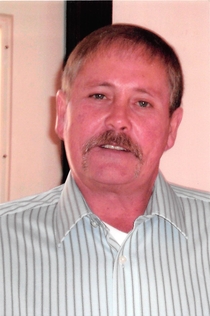 Thomas â€œFuzzâ€ Michael Roberts of Strunk, Kentucky, departed this life at his home on Friday, November 7, 2014 being 53 years, 3 months, and 7 days old. He was born in Osceola, Florida on July 31, 1961 son of the late Kenneth Billie Roberts and Martha Sue Privett.

Thomas was the supervisor at Mid-State Automotive in Somerset, Kentucky for ten years. He was of the Baptist faith; He enjoyed jeep riding, deer hunting, coon hunting, and spending time with his family and friends; his most favorite thing was to spend time with his grandchildren.

Along with his parents he is preceded in death by his wife Tammy Kay (Daugherty) Roberts, Niece; Jessica Roberts.

Funeral Services for Mr. Thomas "Fuzz"  Michael Roberts will be conducted on Friday, November 14, 2014 at 1:00 PM in the Chapel of the McCreary County Funeral Home with Rev. David Troxell and Bro. Shane Slavey Officiating. Burial will follow in the Silerville Cemetery.

To order memorial trees or send flowers to the family in memory of Thomas "Fuzz" Michael Roberts , please visit our flower store.