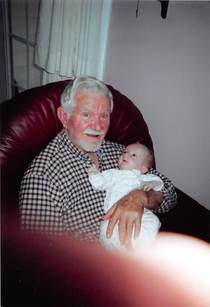 He was a Truck Driver for DRW Express. Wayne was of the Baptist faith and a member of Low Gap Baptist Church. He enjoyed truck driving and motorcycling on his Indian Motorcycle; He enjoyed good conversation and spending time with his family and friends, He was a very loving and giving person. Wayne was an Army Veteran, having obtained an honorable discharge during the Korean conflict.

Along with his parents he is also preceded in death by; one son Odell Bradley, One daughter; Jessica Lynch, five brothers; Guy Marlow, Gene Marlow, Raymond Marlow, Junior Marlow, and James Marlow. One sister Ruth

He is survived by his loving wife Joan (Chitwood) Marlow whom he married on October 24, 1999 in Pine Knot, Kentucky, Four Sons; David Marlow of Fort. Wayne Indiana, Gregory and Shelia Marlow of Brookhaven, Mississippi, John and Velma Dixon, of Somerset, Kentucky, Chad and Carolyn Dixon, of Whitley City, Kentucky, Four daughters; Carla and Dan Robinson of Pensacola, Florida, Donna and David Haynes of Pensacola, Florida, Millie and Dale Rose of Monticello, Kentucky, Jeanna and Randy Bates of Helen wood, Tennessee, A dear nephew who was like a brother and visited often Jimmy Marlow of Mason, Ohio, Twenty four grandchildren and twenty two great grand children with a host of other relatives and friends.
.
Funeral Services for Mr. Wilber Wayne Marlow will be conducted Saturday, September 13, 2014 at 11:00 AM at the McCreary County Funeral Home with Bro. Dale Rose, and Bro. Randy Bates officiating; Burial to follow in the Lower Hickory

To order memorial trees or send flowers to the family in memory of Wilber "Wayne" Marlow , please visit our flower store.